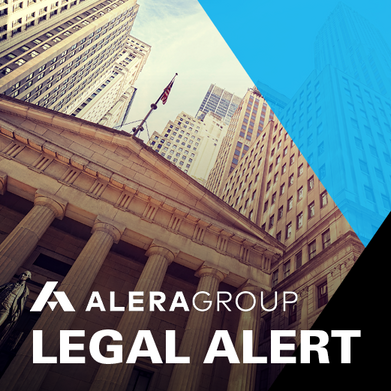 Many prescription drug manufacturers offer financial assistance (e.g., coupons, discounts, or vouchers) to patients to reduce their out-of-pocket costs, particularly for very expensive drugs. Many times, these “accumulator programs” exclude the value of such financial assistance from counting toward a health plan enrollee’s annual “cost-sharing” limit, which is defined to include deductibles, coinsurance, copayments, or similar charges and any other expenditures required of an enrollee which is a qualified medical expense with respect to an essential health benefit covered under the plan. In other words, “financial assistance” in the form of coupons, discounts, vouchers, or other direct financial support provided by a manufacturer does not always count as money spent by an enrollee towards their out-of-pocket maximum (OOPM or MOOP).

Historically, conflicts between state law mandates and HDHP/HSA requirements have resolved themselves without HSA-ineligible participants being penalized for contributing to an HSA improperly. For example, the IRS provided a two-year transition relief in 2018 for HSA holders in multiple states (Illinois, Oregon, Maryland and Vermont) that passed state laws requiring fully insured plans to cover male sterilization at no cost to all plan participants. It is unclear if the IRS is willing to provide relief on the drug accumulator program issue currently.

Furthermore, the U.S. Department of Health and Human Services noted in the 2020 HHS Notice of Benefit and Payment Parameters Rule, states could pass laws to require discount or coupon payment amounts to be applied towards annual cost-sharing limits. No mention was made of the interplay with HDHPs in that final rule.

Arizona, Arkansas, Connecticut, Georgia, Illinois, Kentucky, Louisiana, Oklahoma, Tennessee, Virginia and West Virginia have all passed legislation on this issue, and we have provided a summary below. We start with Illinois because it has brought the drug accumulator program conflict into the light by taking a hardline approach. Therefore, we give some “Next Steps” specific to Illinois regulated plans. After Illinois, we summarize Kentucky followed by Virginia, as they made an exception to HDHPs in the regulatory or rule-making process. We then go alphabetically through the remaining states’ legislation, summaries and the status of their respective insurance departments (“Department of Insurance”).

In the state of Illinois, the Managed Care Reform and Patient Rights Act (215 ILCS 134/30(d)) requires health plans to count third-party payments, financial assistance, discounts, product vouchers, or any other reduction in out-of-pocket expenses for prescription drugs toward all cost-sharing requirements, including the deductible. Unfortunately, this contradicts separate federal regulations as it relates to qualified high deductible plans (HDHP) and prevents any coverage that is regulated by the State of Illinois from being a qualified high deductible plan. By counting these coupon or voucher amounts towards the deductible, the discount is considered disqualifying “first dollar coverage.” The U.S. Department of Treasury and the Center for Medicare and Medicaid Services have confirmed to the Illinois Department of Insurance that these discounts would make an individual ineligible to contribute to a health savings account (HSA), unless the discounted prescription was for preventive care items (such as oral contraceptives or insulin) or if the coupons were only applied towards cost-sharing once the statutorily minimum deductible has been satisfied.

By order of the Illinois Insurance Commissioner, for the 2022 plan year, all fully insured plans in the individual and small group market cannot be marketed as “qualified high deductible plans” on the Exchange or else they will not be certified by the Department of Insurance. For large group plans and any off-exchange individual and small group plans, if the plan complies with 215 ILCS 134/30(d), there can be no mention in policy forms, marketing materials, binder filings, or binder templates that the plan is an HDHP or can be paired with an HSA.

The Department of Insurance is currently working with the Illinois General Assembly to see if legislation can be passed exempting HDHPs from the Managed Care Reform and Patient Rights Act to preserve HSA eligibility.

Self-funded plans do not have to comply with 215 ILCS 134/30(d) and therefore self-funded qualified high deductible plans remains compatible with HSAs. Self-funded plans could also institute an administrative process to apply the value of coupons or vouchers to a participant’s cost sharing once the individual meets the minimum deductible, if they wished to do so.

Kentucky passed Senate Bill 45 in 2021, and it goes into effect on January 1, 2022. It prohibits health plans and PBMs from excluding cost-sharing amounts covered by coupons, discounts, or vouchers when calculating a participant’s total cost sharing. The Kentucky Department of Insurance issued guidance that the provisions only apply to the extent permitted by federal law and noted that the rules do not apply to HDHPs when paired with an HSA.

Virginia’s assembly passed HB2525, effective January of 2020, that all plans should apply any discounts or coupons to a participant’s cost-sharing (including OOPM). However, the law stated that it should only be done “to the extent permitted by federal law and regulation” which should provide protection for HDHPs to wait until a participant has met the statutory deductible (thus preserving their HSA eligibility) until applying discounts or coupons towards an OOPM or other cost-sharing requirements. The Department of Insurance has not issued guidance on this issue.

In 2019, Arizona became one of the first states to pass an accumulator program law requiring insurance companies to apply any discount or coupon used by a plan participant towards their out-of-pocket expenses so long as the drug does not have a generic equivalent or the participant has an exception from using the generic drug. HB2166 has civil penalties for insurance carriers that fail to apply the discount or coupon to out-of-pocket expenses. This rule was effective December 31, 2019. To date, the Department of Insurance has not issued guidance on the conflict with HDHPs in Arizona, nor does there appear to be an exemption for HDHPs.

The Governor of Arkansas signed HB1569 on April 27, 2021, which is effective January 1, 2022. The rule requires insurance companies or PBMs to include the value of any coupon or discount towards the participant’s cost-sharing requirement, but it has an exception for brand name drugs with a medically appropriate generic alternative. The Department of Insurance has not issued guidance and stated that no rules are needed on the conflict with HDHPs, nor does there appear to be an exemption for HDHPs.

Connecticut passed a law (Public Act No. 21-14), effective January 1, 2022, requiring group health insurance policies to give participants credit towards their coinsurance, copayment, deductible, or other out-of-pocket expenses, when they use a drug discount coupon or discount. The law does not distinguish between benefits with or without generics or biosimilars. The Department of Insurance has not issued guidance on the conflict with HDHPs, nor does there appear to be an exemption for HDHPs.

Georgia’s HB946 was signed into law on August 5, 2020. The law requires PBMs to include any discounts or coupons for prescription drugs when calculating an individual’s cost sharing, including deductible, so long as the drug does not have a generic equivalent, or the individual obtained prior authorization to fill the drug. The Department of Insurance has not issued guidance on the conflict with HDHPs, nor does there appear to be an exemption for HDHPs.

Louisiana passed Senate Bill 94 which went into effect on June 21, 2021. The law requires plans to include any coupons, discounts, or vouchers in a participant’s cost sharing. The Department of Insurance has not issued guidance on the conflict with HDHPs, nor does there appear to be an exemption for HDHPs.

Oklahoma passed HB 2678, which goes into effect on November 1, 2021, and it requires any third-party payments (such as coupons or discounts) count towards a plan participant’s OOPM, deductible, copay, or other cost-sharing requirements. The Department of Insurance has not issued guidance on the conflict with HDHPs, nor does there appear to be an exemption for HDHPs.

Tennessee’s law (HB0619) was signed on May 12th and went into effect on July 1, 2021. It requires insurance companies to calculate a participant’s cost-sharing contribution to include any amount paid for by coupons or discounts, and covers all benefits, not just prescription drugs. There is an exemption for this when a prescription drug has a generic equivalent until a participant completes all utilization management steps. The Department of Insurance has not issued guidance on the conflict with HDHPs, nor does there appear to be an exemption for HDHPs.

West Virginia passed HB2770 in 2019, effective January 2020, that requires health plans to include any amount paid on behalf of a participant (such as a coupon or discount) towards a participant’s total cost-sharing requirements. The Department of Insurance has not issued guidance on the conflict with HDHPs, nor does there appear to be an exemption for HDHPs.

There are a few possible ways this may sort itself out in these states:

The information contained herein should be understood to be general insurance brokerage information only and does not constitute advice for any particular situation or fact pattern and cannot be relied upon as such. Statements concerning financial, regulatory or legal matters are based on general observations as an insurance broker and may not be relied upon as financial, regulatory or legal advice. This document is owned by Alera Group, Inc., and its contents may not be reproduced, in whole or in part, without the written permission of Alera Group, Inc. Updated as of 09/27/2021.

Latest News/Insights Alera Group Names Kathy Seabold as Senior Vice President of Marketing Oct 18, 2021 Deerfield, IL., October 11, 2021 — Alera Group, a leading independent, national insurance and wealth management firm, today announced the appointment of Kathy Seabold as Senior Vice President of Read More »
Next Event 21 October Forecasting to Avoid Surprises in Your Healthcare Budget 11:00 am PDT When it comes to strategic planning, it can be difficult to predict what lies ahead. Alera’s consulting and finance teams will provide insights into how to assess your health plan and implement Register »
Top
Ask a Recruiter 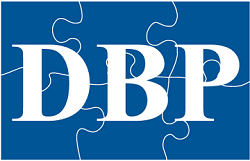